Not a fish fan? The salmon can be replaced with shredded cooked chicken.

Culinary School flew by at such a rapid pace that I barely remember the basics. Today, 11 years later, I couldn’t tourne a potato to save my life, even though we spent weeks perfecting our technique. Knowledge was imparted by Chef, 90% of it sadly unretained by this student.

Someone recently asked me what defines a soup as “chowder” and, as that definition was probably somewhere in my missing 90%, I didn’t have a sufficient answer. Does using seafood make it chowder? Nope. Seafood is a standard ingredient, yes, but not a requirement. Does adding cream make it chowder? Chowders are often finished with cream, but they don’t have to be.

According to The Professional Chef, the tome we relied upon in school, chowder is defined as, “a soup that is thickened with flour, roux or potatoes.” Thank goodness “potatoes” were in that mix, because I’ve been calling this recipe “chowder” for years.

Who knew I could be validated by a potato.

A hearty soup loaded with salmon, bacon, sweet corn, and, of course, potatoes.

…the season of suicide and divorce and prickly dread, wherever the wind blows.”
– Joan Didion, Slouching Toward Bethlehem

Coincidentally, this soup popped up on my Facebook memories for today – I first made this recipe exactly seven years ago. 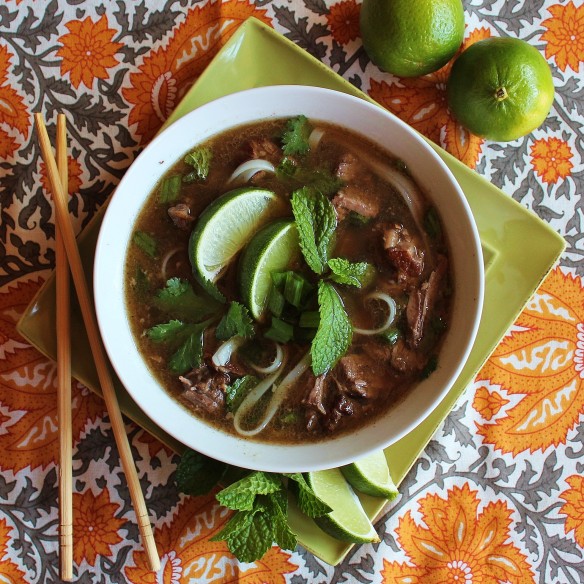 This highly-flavored soup relies on an exotic mix of spices to provide its complexity.

Last Monday, she was surprised to discover a long weekend punctuating the end of her week. Her weekend plans were already set – big plans – plans to simmer soups and trim gangly backyard bushes; plans to kick her blogging back in gear and plans for uninterrupted hours of reading. Plans to nest and regroup, really. Once she realized the calendar was gifting her today as a bonus (Columbus Day, really?), her mind turned instead to great escapes, her grand plans easily slipping away – the simmering, the trimming, the blogging, the nesting. Her mind has been on a roller coaster of late and, even more than her kitchen, miles of asphalt between her and her problems pacify troubled thoughts. Her first idea was a hotel and mineral springs nestled in an oasis of desert palms about 90 minutes from home – tranquility and a lobotomy brought to you by three days of pruney soaks. Sadly, her budget and their rates did not align. Her next solution, further afield, was a rustic riverside cabin sheltered within a shaded grove of pines. Sold out. Disheartened, she resigned herself to stay home, with soup and bushes and blog and books, wishing to be somewhere else entirely.

Flashing back to 2009, I developed this Moroccan-inspired soup as part of my culinary school final. Unique spices like ginger, cinnamon, nutmeg and turmeric result in an exotically complex flavor that won over Chef as well as the other students.

This highly-flavored soup relies on an exotic mix of spices to provide its complexity.

Simple carrot soup is elevated with the addition of Thai flavors, turning an everyday vegetable into something rather special in this Thai Carrot Soup.

I’m sweating as I shuttle food styling materials from kitchen to photo studio (AKA The backyard shed). “Soup Weather” in Southern California has morphed into sun-drenched 72 degree days. So much for those hearty soups I’ve been stirring up the past two weeks. This weather requires lighter fare for these temperate days. This mouthwatering Thai carrot soup laced with creamy coconut milk and piquant red curry is just what the Channel 7 weatherman ordered.

Simple carrot soup is elevated with the addition of Thai flavors, turning an everyday vegetable into something rather special. 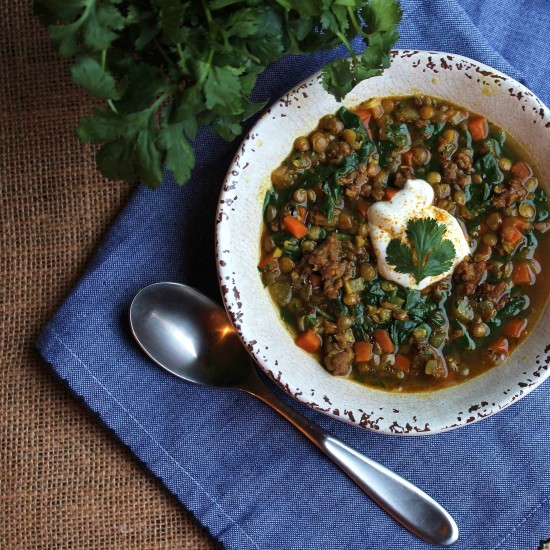 In a tradition dating back to Roman times, some Italians eat a bowl of lentils on January 1 to ensure their wealth, luck and prosperity throughout the New Year because the flat legumes are believed to resemble coins.

My severance pay is coming to an end in a handful of weeks, which means I need to either hope for some of that luck and prosperity or, sadly, start looking for a new job. I’m not sure I’m ready to head back to corporate life. Although on some quiet days I’ve been bored, I’ve relished these six months of keeping my own schedule (which means staying up until 4 a.m. and sleeping until noon), working on projects (with a dozen more on my ‘to do’ list), being a tourist in my own town (museums, hiking and beach time), and having ample time to play in the kitchen. A two-day weekend doesn’t provide near the same freedom (or time!).

Ugh, well, if needs must, but perhaps I’ll start the job search next week. Today, I’ll go the easier route and test the Italian method while I update my resume. And while the tradition may be Italian, I realize this recipe is decidedly not.

* I use 4 cups of stock (1 container) and 1 cup water rather than open a second container of stock and have leftovers.