It’s late Sunday morning and fifteen of us are huddled on the street corner, cameras in hand like a gaggle of paparazzi waiting to catch a celebrity’s morning-after walk of shame. Except this isn’t Hollywood – and we’re not professionals.

This is California Center for Digital Arts and we’re practicing shutter speed priority photography – stop action, blurred action, panning. I learned this long ago – so very long ago – in the days of film and chemical processing and my trusty Canon AE-1. We’re standing on a street corner simply shooting random cars and bicycles passing by.

My food photos may not get better. What I’m currently churning out may be my limit, but the class made me happy, made me remember, just for a few hours, to look at the world with a photographer’s eye.

Did it help? If this photo above is any indication, then, no, it didn’t – same bright, side-lit, flat lay, lackluster nonsense. The pork loins, conversely, were divine – flavorful and mouthwateringly succulent.

This flavorful, garlicy-citrus mojo acts as a marinade and a sauce. 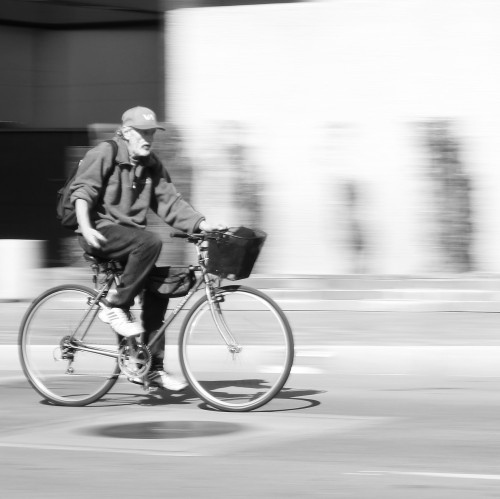