In My world (note:  my interaction with current news is spotty at best):

Simultaneously, in the Real world:

Reuters: A powerful ice storm knocked out power to about 1.2 million homes and businesses across New York and New England on Friday, closing roads, delaying trains and forcing the state of Maine to shut government offices. “This is a very, very serious situation,” New Hampshire Gov. John Lynch said after declaring an emergency in his state, where as many as 400,000 lost power in what local authorities described as the worst outages in three decades. “I don’t think anyone anticipated it would be as bad as it is,” Lynch said, calling the devastation far greater than an infamous 1998 storm when 55,000 homes lost power and some went a full week in the dark.

Me:      It looks like the trees are Lalique or dipped in Swarovski Crystals. 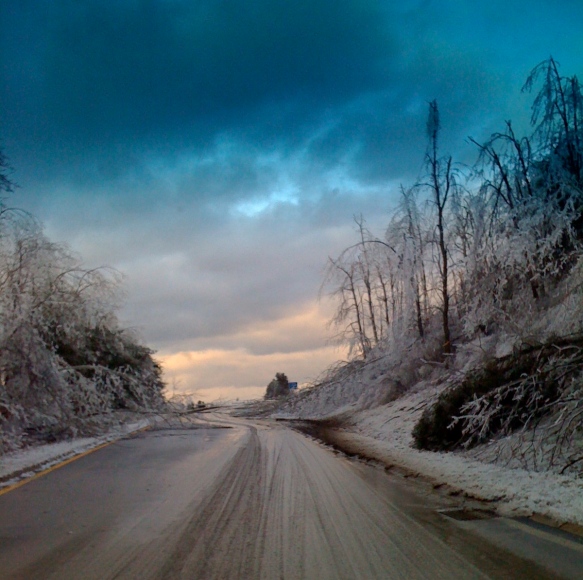 1 thought on “Baby, it’s cold outside”